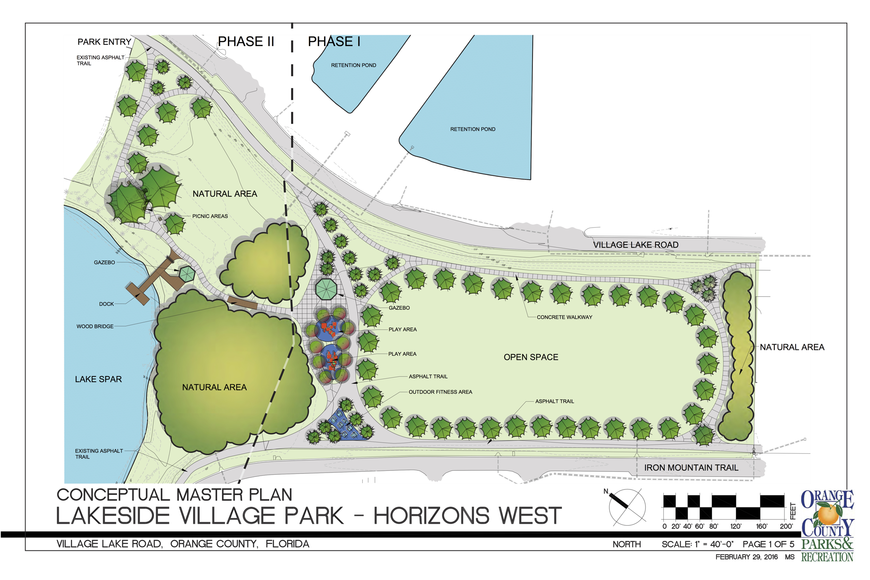 Construction of phase one will be finished in 180 days and the official park opening is expected sometime in April 2018. There is no date set for the start of phase two of construction. The main features of phase one construction include a gazebo, a play area, a concrete walkway, an asphalt trail and an open area. The infrastructure for the park will also be completed.

The south end of the park will be developed during phase one. Phase two is entirely focused around Lake Spar. The phase two plan calls for an open field area, expansion of the concrete and asphalt trails and a dock. Cost of construction is estimated at $750,000.