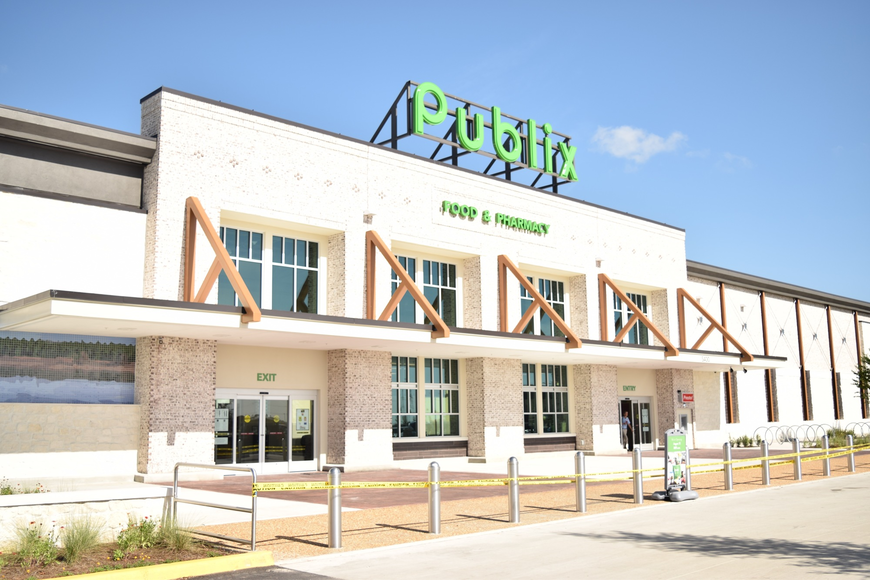 Residents in Horizon West are getting another option for a place to purchase their groceries. On Thursday, a Publix is opening in the Hamlin community. The store is located at the northwest corner of Hamlin Groves Trail and New Independence Parkway. There is already a Walmart Supercenter located across the street that originally opened in November 2016.

Construction was slightly delayed due to a February fire, but the 54,244-square-foot-building will open at 8 a.m. Thursday morning. In addition to the usual offerings found at Publix stores, this location features a 1,906-square-foot pharmacy. A mural of orange groves featuring the Hamlin orange gives the exterior of the building a local touch. There is bicycle parking for those who have a short commute to the store.

Publix is serving as the anchor tenant for a 200,000-square-foot shopping center. There will be at least ten retailers added to the complex. The luxury movie theater, Cinepolis, is another featured tenant. They are scheduled to open in the beginning of 2018.

The Hamlin community and town center is an extension of the suburbanism concept Horizon West has been working on. The $1 billion project will serve as a hub for dining, retail, and entertainment.