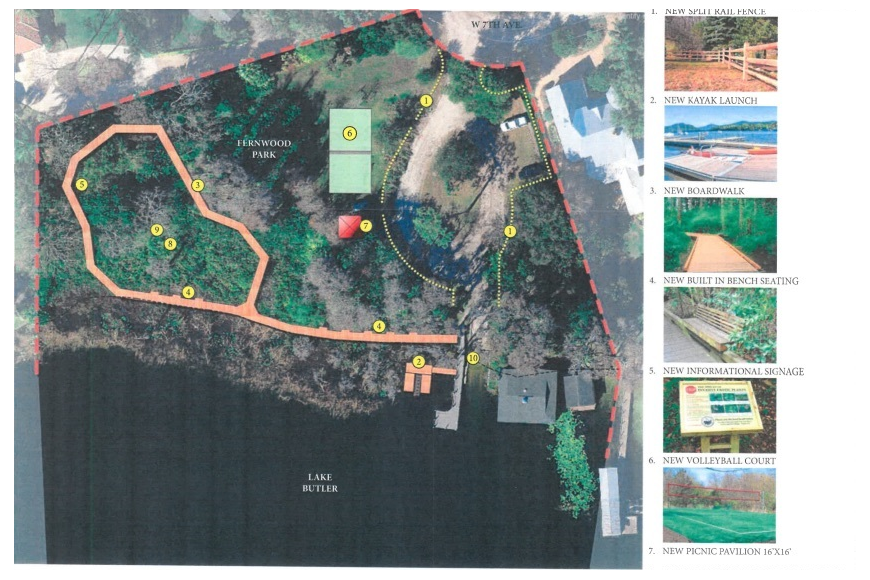 Windermere has plans in place to undergo an extensive beautification process. The town council approved a capital improvement project that involves the town’s parks.

Since January, Innovations Design Group has been working on the plan with the Parks and Recreation Department and the Tree Board. The parks that will see upgrades include Central Park, Fernwood Park, Lake Bessie Park, Lake Down Park, Palmer Park, Park Among the Lakes and the Windermere Recreation Center.

Improvements that can be expected include walking trails, fencing and expanding the array of Florida-friendly foliage found within the parks. Some of the more exciting additions outlined include exercise stations and a butterfly garden in Central Park, a kayak launch and playground at the Windermere Recreation Center and picnic pavilions added at multiple spots.

Council members spoke with great excitement about these changes at the meeting on September 19th. There is no immediate timeline for instituting the new plans.

At the meeting, council members also talked about the transition process to new street signs for the town. They debated whether to remove the existing concrete signs.

The decision was made to remove these older signs from streets that have speeds higher than 15 mph. They will be given to the Public Works Department for preservation.